Contact the company
Website
Share
Poltrona Frau is an international design brand rooted in the Italian manufacturing tradition. Poltrona Frau armchairs are synonymous with high-end interiors for both the home and the office. The company produces fine furnishings thanks to the combination of a number of factors that make it an essential reference point for the most demanding customers. The craftsmanship of the production processes, together with the choice of the best full-grain leathers of European origin, has given rise, over the decades, to true icon products. Poltrona Frau avails itself of the collaboration of great international masters of architecture and design for comfort-conscious design on a human scale. The production processes are respectful of the environment and resources, always on the cutting edge and based on the best quality standards.

Poltrona Frau is a spokesperson in the world of values linked to design and production made in Italy. Poltrona Frau furnishings combine the high craftsmanship of Italian manufacturing with the exclusive Pelle Frau? leather that guarantees inimitable aesthetic, tactile and long-lasting qualities, obtained through exclusive manufacturing processes based on twenty production phases. Poltrona Frau's production includes three sections: residential, contract and Interiors In Motion, which produces custom-made furnishings for the transport sector: automotive, nautical, airplane, railway. Poltrona Frau sofas and armchairs furnish the homes of the most demanding customers all over the world.
Among the company's iconic products, the Vanity Fair armchair is also available in the children's version. Poltrona Frau production uses 340 thousand square metres of Pelle Frau? leather per year. Every piece in the collection is marched in fire, a gesture that has been repeated since 1912, underlining the authenticity and perfection of the execution of every single product. Since the Sixties, the Tolentino headquarter has housed the entire production chain, where hand processing is combined with the most advanced technologies.

The history of the Poltrona Frau brand

Poltrona Frau was founded in Turin in 1912 by Renzo Frau, who was inspired by French and Central European style furniture. In the 1920s the company expanded its production of armchairs, introducing bergère, cockpit and dormeuse models. In those same years he began making the first supplies for hotels, transatlantic liners and offices and became the official supplier of the Royal House of Savoy. In 1932 he also made the furniture for the Italian Parliament. In 1962 Poltrona Frau was acquired by Nazareno Gabrielli group and the management is entrusted to Franco Moschini, current President. The following year the company was transferred to Tolentino, in the Marche region. The Sixties saw the company's collaboration with designers of the calibre of Achille and Pier Giacomo Castiglioni and Gio Ponti. In the mid-seventies, Poltrona Frau opened a series of single-brand showrooms in Rome, Bari, Turin.
In the following decade two new divisions were created: the Frau Car, with the design of the interior of the Thema 8:32 Ferrari-powered Thema and the Contract division, with the fitting out of the former Church of San Gregoriuccio at the Synagogue of Spoleto, which became Sala Frau. In the early nineties Franco Moschini acquired the entire shareholding of the company. In addition, Poltrona Frau creates the interior of a Ferrari production car. In the first decades of the 21st century Poltrona Frau acquired the Gebrüder Thonet Vienna, Cassina and Cappellini brands and inaugurated numerous flagship stores around the world: Tokyo, Taipei, Singapore, Paris, Hong Kong, Taiwan, Brussels, Cape Town, Beijing, Shanghai, Wenzhou, New Dheli.
Numerous prestigious orders have been placed around the world over the years: the offices of the Bank of Italy in Rome, the Nuovo Piccolo Teatro di Milano Giorgio Sthreler, the European Parliament in Strasbourg, the Getty Center in Los Angeles, Renzo Piano's Music Park in Rome, Frank Gehry's Walt Disney Concert Hall in Los Angeles, and Santiago Calatrava's Palace of the Arts Regina Sofia in Valencia, Richard Meier's Ara Pacis auditorium in Rome, Renzo Piano's New York Times auditorium, Sn?hetta's Opera House in Oslo, Teatro Petruzzelli in Bari, Oscar Niemeyer's auditorium in Ravello, the Royal Shakespeare Theater in Stratford-upon-Avon, Rafael Moneo's Palacio de Congresos in Toledo. Since 2010 the Tolentino plant has been equipped with a photovoltaic system that guarantees energy autonomy. In 2013, again in Tolentino, the Poltrona Frau Museum opens, designed by Michele De Lucchi.

Poltrona Frau: Travels in the History of Design

Poltrona Frau: Travels in the History of Design 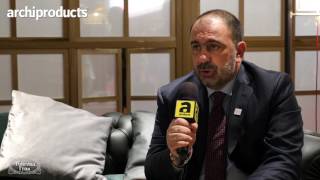 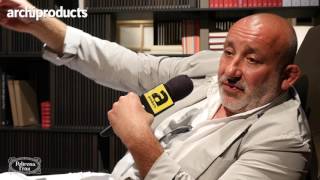 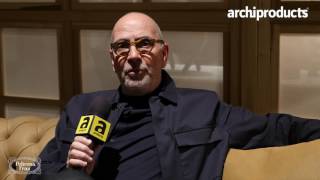 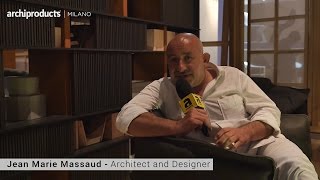 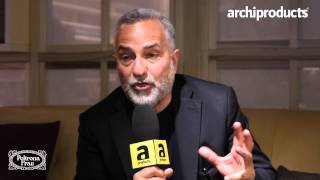 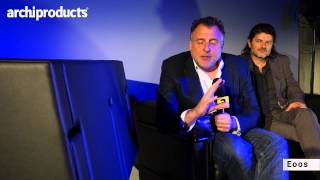 Subscribe to our newsletter! Get promotions, inspiration and the latest news about brands and products directly in your inbox.
Follow us on
© 2020 Archiproducts.com - P.IVA IT05611580720 - ROC 21492 | REA BA 429007
Privacy Cookies Terms and Conditions of Use RSS News RSS Products Site Map
This website uses technical, analytical and third-party cookies, in order to send you advertisements in line with your preferences. For further information about cookies read our Terms of Use. By closing this message, scrolling this page or clicking on any of its elements you are giving your consent to the use of cookies for the purpose described above.

The phase 2 has officially started and most of the Italian brands have reopened, reactivating all manufacturing activities.

We are confident that everything will soon get back to normal, still we kindly ask you to have a little bit of patience with the orders: deliveries might be delayed due to possible slowdown during both the manufacturing and logistics procedures.

- Our online shop is open 24/7.
- Our customer service is available from Monday to Friday (9 am - 6 pm, GMT + 2). You can reach us via email at [email protected], via live chat and by phone at +39 080 5543553.
- We’re trying to manage all shippings in the fastest and most efficient way.
- We’re at your disposal for consultancy services, quotes and online assistance.

For further information on orders, returns and shippings read our FAQ.